Barbican Wildlife Garden has grown over the rubble of buildings bombed during the Blitz. Pavements and offices where people used to live have been replaced by grasses and trees that look like they’ve been there for ever. The garden is home to long fingers of ivy, flecks of spring flowers and two ponds filled with frogs limp from weeks of vigorous spawning. Bankers aren’t the only ones that play dirty in the City.

Perhaps all of London could one day look similar to this – covered in undergrowth, free-spirited flowers and sexed-up amphibians bobbing all over the place. But this is not a vision of a ‘rewilded’ human-free future. This 200 metre-squared garden is carefully managed by a knowledgable group of volunteers, one of whom believes ‘panning for gold wouldn’t be as exciting as sieving compost’. They are really dedicated.

The city has character and characters – people I’ve only had chance to meet since working in the garden. You forget this when passing through. And it’s not just people – peregrine falcons nest on top of one of the Barbican towers and use the garden as their larder. Feathered remains of a pigeon show that one of them dined in the garden in the past day or so.

Crocuses, lungwort, cherry blossom, narcissi, primroses and a handful of other spring plants I didn’t know are in bloom. I’m trying to learn all their names. A hoard of goldfinch and two robins flit around in the trees, perhaps sizing each other up.

A 1969 documentary called ‘Barbican’ quotes someone saying the City is just home to ‘cats and caretakers’. The trio who created the Barbican in 1959 (Chamberlin, Powell and Bon) didn’t want the central London to be a factory town made for profits. This is why they created space for 7000 people to live, an art’s centre, a library (from where I’m tapping away now), restaurants, pubs and a school. They must have been persuasive because at the time it was probably the most valuable 40 acres of bombed out land in the world. I’m very glad they did.

The garden is on Fann street and well worth a visit if you work in the city. Only Barbican residents can go inside but there is lots to see & listen to from the outside. Tweet your pictures with #rewildinglondon. 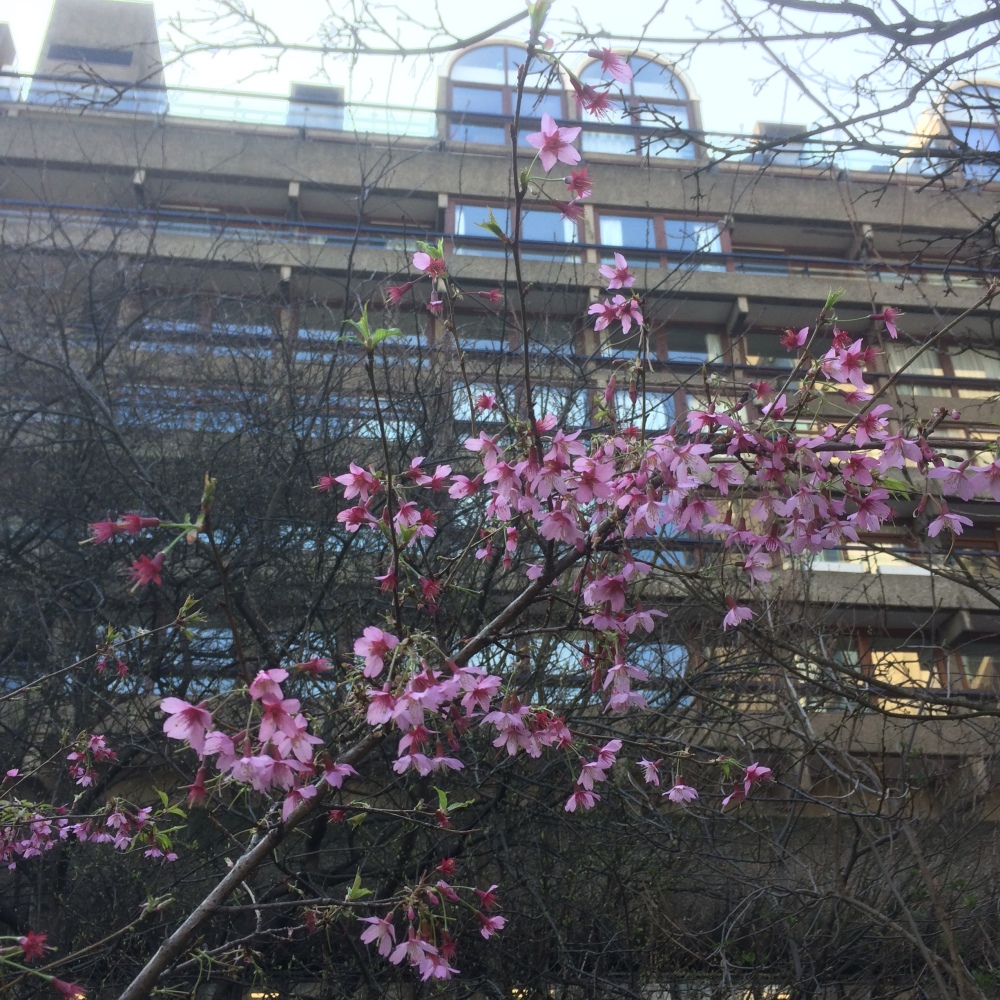